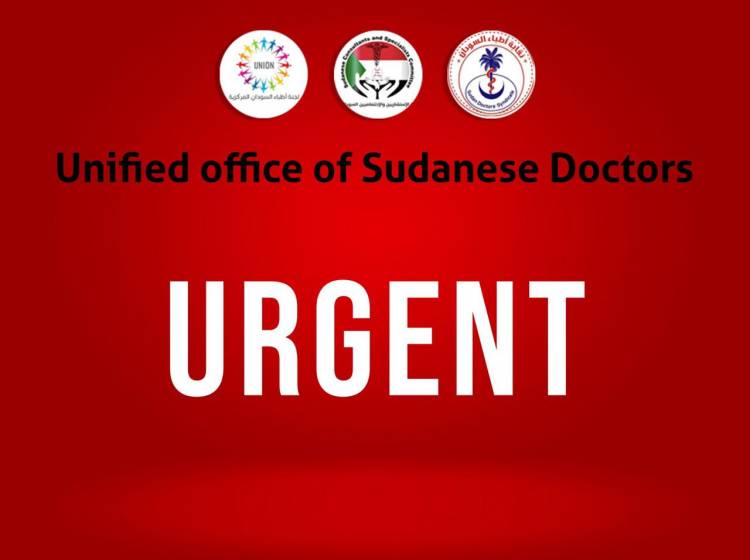 The forces of the military coup have stormed Al-Jawdah Hospital earlier today and fired tear gas inside the clinical areas! We condemn this act that terrified patients and medical staff and has led to a number of them suffocating.

This blatant infringement by the coup authority on the hospital is a continuation of a series of attacks on health facilities since the 25th October coup d’etat and is a clear violation of the rights of patients and injured.

The Unified Office of Doctors assures that such actions will not discourage our people's determination to win and will not prevent medical personnel from carrying out their duties in treating the sick, wounded, and injured.

The office also affirms that it will make every effort to expose the violations committed by the coup forces and that it will carry on organizing the doctors' movement so as to continue their resistance to the brutal dictatorial military regime until it’s brought to an end and a civil democratic Sudan is established, where respect for human rights prevails.

The Unified Office of Doctors appeals to all doctors to be present in field clinics and cover hospitals' staff needs in order to treat the wounded and injured.

» Committee of Consultants and Specialists