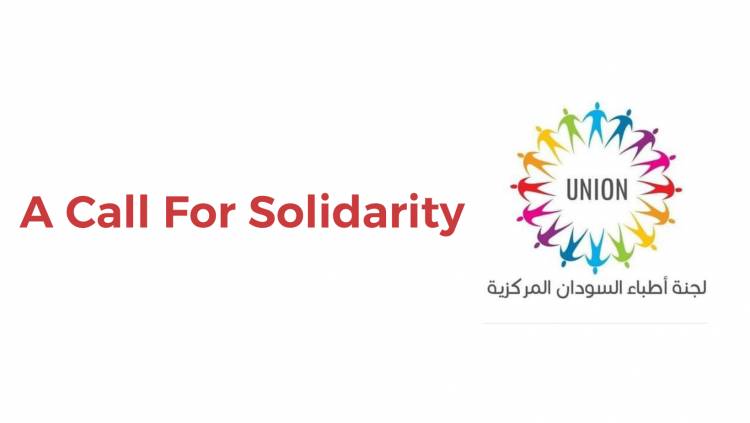 A Call For Solidarity

A call for solidarity

Since last October, the Sudanese people have been peacefully demonstrating in the streets with extraordinary courage against yet another totalitarian military regime that seeks to replace their predecessor Albashir (a wanted criminal who ruled Sudan for 30 years) and take over the country

The Sudanese people have been resisting by all available peaceful means, losing many innocent lives while pursuing democracy, freedom, peace, and justice. We are fighting against violent and ruthless forces, that did not hesitate in using military-grade weaponary against armless protestors in an attempt to suppress their dreams and hopes

From the 25th of October till now, we lost 72 souls, and had more than 2000 wounded, while participating in pro-democracy protests across Sudan. The majority were killed from sustained direct gunshot wounds to their heads, necks, or chests. The militias of the military coup have committed egregious human rights violations, including rape, hindering emergency medical services to those in need, attacking hospitals with tear gas and stun grenades, attacking medical workers while performing their duties, and arresting the wounded and injured from their hospital beds. They tried to isolate the Sudanese people from the world by limiting press access and interrupting internet services repeatedly since the coup

We call on all humans worldwide to stand in solidarity with the Sudanese people, their hopes and dreams in this fight. We ask you to stand in solidarity with our peaceful fight for Freedom, Peace, and Justice. We ask that you reach out to your governments and representatives, pressure them to use their influence and political power against this coup. We call for regional, global, political and economic sanctions against those responsible for the coup, and not to give the coup regime any sort of legitimacy or international recognition

Our people will continue their peaceful uphill battle towards democracy, a path that started in 2018, unwavering from its peaceful means despite the coup gang attempts of dragging us to violence through shock and awe, and constant provocation

The Sudanese people have learned from their past experiences, and the lessons of the neighboring countries. Today, it's a fight for existence and dignity. The continuation of the coup gang threatens the peace and security of the Sudanese people and the entire region. Our people will remain strong and united, for our victory is inevitable